God said to Moses:  Speak to your brother Aaron that he shall don a tunic and pants on his body of special cloth, gird himself with a cloth belt and wear a special cloth cap. (Leviticus 16:2, 4) 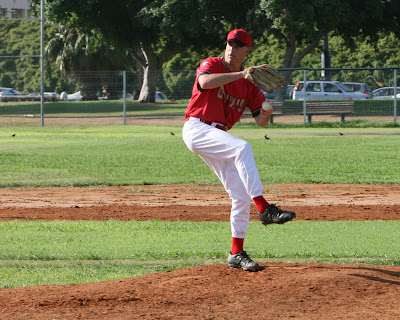 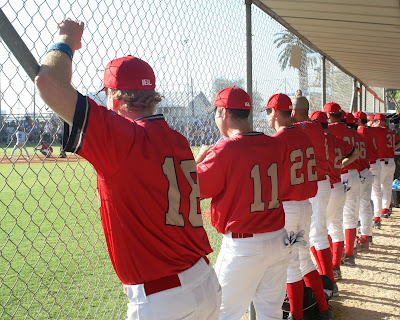 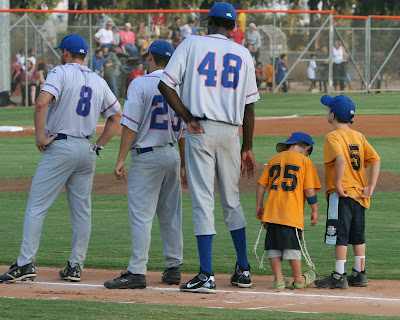 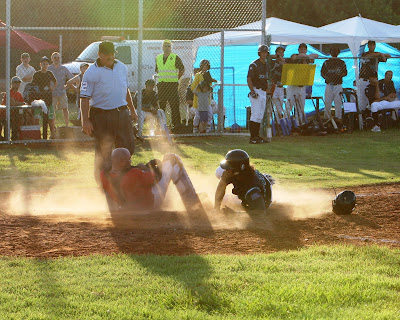 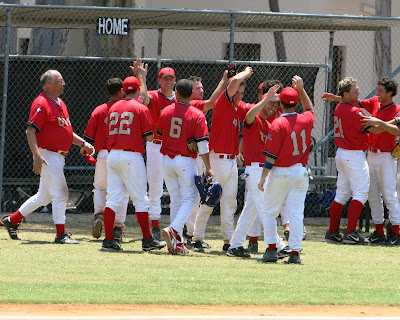 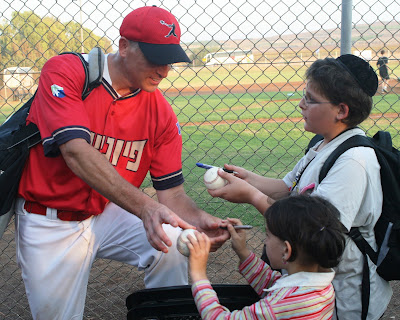 Aaron wore a special uniform to carry out his priestly role in the sanctuary.  Our son Aaron wore a Petah Tikva Pioneers uniform.
We named our southpaw son Aaron when he was born, but call him Ari. He was pitcher and coach in the Israel Baseball League.


As baseball coach, our son Aaron used his human relations skills to pursue peace between players who came to Israel from many lands.
As coach, Ari (a lion) used his strength to forge a unified team as he realized his dream of being a professional baseball player.


10 players on the field created a kabbalistic dance of 10 sephirot in Mel's mind as he watched baseball being played in the Holy Land.
He saw Keter, Hokhmah and Binah playing the outfield, Hesed, Gevurah, Netzah, and Hod playing the infield, and Malkhut as catcher.


Ari as Tiferet on the mound pitched his fastball past the batter Yesod of the opposing team into the mitt of Malkhut.
When Yesod hit the next pitch over the fence and out of the field, the crowd cried out "Ayn Sof! Ayn Sof!" (Infinity! Infinity!)
Posted by Mel Alexenberg at 1:11 AM