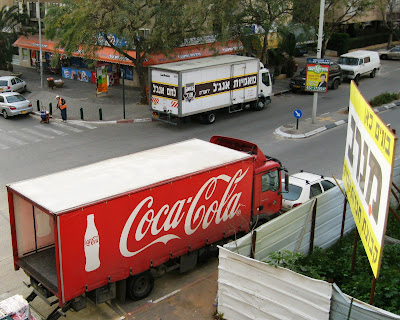 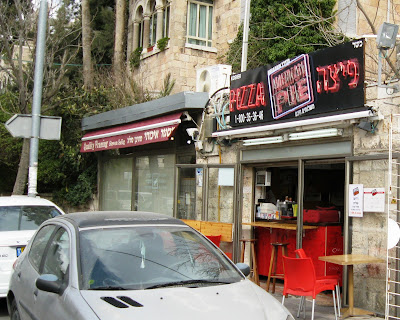 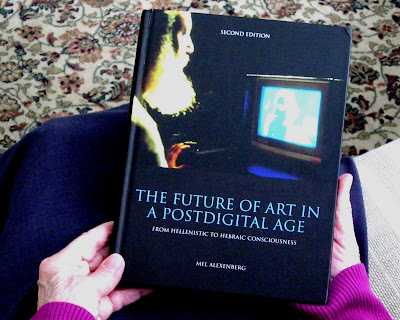 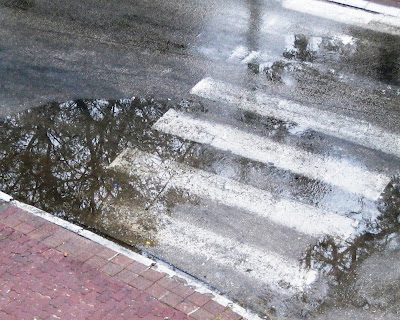 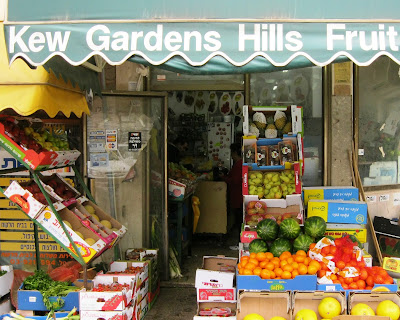 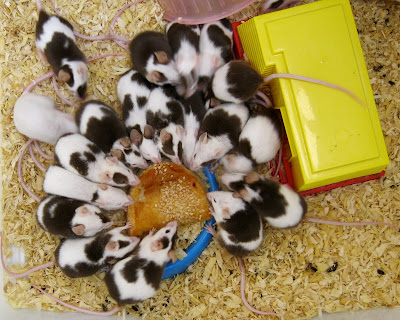 The first letter of the first word of Leviticus, Vayikra, begins with the letter vav meaning AND, and ends with an unusually small letter alef.


Vav (AND) links the last sentence of Exodus to the first of Leviticus in a continuous flow like a Torah scroll unwinding.
Small alef reminds us of to a time when the entire Torah was written as one continuous word like the on-going flow of life.
The single 304,805-letter Torah was divided into the 79,847 words in the Torah scroll we read today.
When the Torah scroll is rewound annually, lamed, the last letter of the Torah connects to beit, the first letter, to spell lev.
Lev means 'heart.'  The heart of the Torah is where the end of the Torah flows into its beginning like the on-going stream of life.
Sunday Trucks:  We see from our bedroom window trucks making their deliveries to the corner grocery store early in the morning.
Monday American Pizza: Mel had pizza for lunch in Jerusalem where he teaches.
Tuesday Book: Miriam holds the first copy of Mel's new book that explores narrative blogart as being both postdigital and Jewish.
Wednesday Rain:  We were happy to wake up to the sound of rain in our parched land.  We photographed the puddle from our bedroom window.
Thursday Shopping:  We shopped for Shabbat at Avi's Kew Gardens Hills Fruit & Vegetable store across the street from out Petah Tikva home.
Friday Bureaka Breakfast: We fed Moshe's mice staying with us until his wife Inbal (our granddaughter) and he could move into their new home.
Posted by Mel Alexenberg at 1:42 AM